Time for wearables to leap the generation gap: from lifestyle accessory to lifesaving device 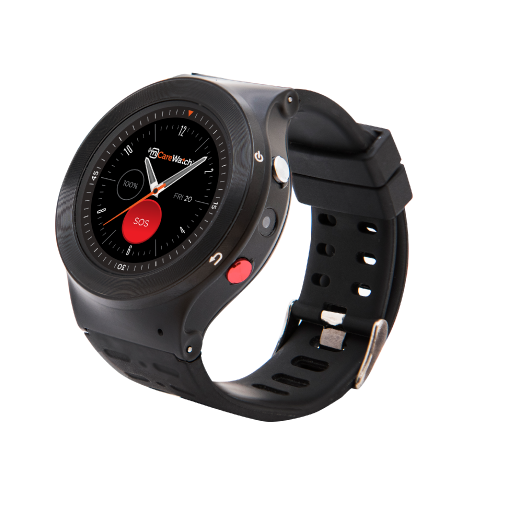 Technology spotlight must widen to include at-risk older Australians, those with dementia

However, wearable technology that supports the health and safety of older people, who often have many more health risks than their younger counterparts and may well be in significant need of wearable monitoring and support, has gained far less attention.

According to eHealth caring technology experts, mCareWatch, that must – and will – change. And September, Dementia Awareness Month, is the ideal time for technology for older Australians to take the spotlight.

“New technology with wearable applications is increasingly being used to help older people live independently, stay healthy and, perhaps most important of all, stay connected to their loved ones, carers and healthcare providers,” said founder Peter Apostolopoulos.

“Every day you read about some new wearable application for the near future, whether it’s microchips under your skin to access your bank account or start your car or a ring you can wave around to pay for your chai latte,” Mr Apostolopoulos continued.

“But what you’re not hearing about, because it’s maybe not so sexy, are the applications that companies in our sector are developing to help people in need – and that are available right now.”

Mr Apostolopoulos made these comments on the eve of the launch of the company’s latest wearable device, the mCareWatch SMW16 ‘Soteria’, the only 3G device of its type on the market.

The device is a watch, mobile phone, personal emergency alarm, GPS and activity tracker and can be used to monitor and record a range of biometric measures. When linked with mCareWatch’s ConnectiveCARE platform, which can be viewed via home computer or mobile app, the watch’s functionality advances significantly, enabling better management of the health and wellbeing of wearers.

“We are one of a number of Australian start-ups and tech companies whose focus is eHealth technology for caring, safety and wellbeing,” said Mr Apostolopoulos.

“We are facing the reality of an ageing population and all the costs and other issues that it raises. The government and peak advocacy bodies are all focused on helping people stay at home for as long as possible, for reasons that suit both the public purse and most people’s desires. But unless there is the right focus on developing the right technology to help people achieve those goals of independence and freedom there is absolutely no way it is going to happen.”

Mr Apostolopoulos stressed that his and other companies in the eHealth caring technology space were zeroing in on real solutions to real problems. Even the government, which includes funding for various digital, monitoring and telehealth solutions in many of its home care and other funding support packages, understands the benefits.

“Every year about 35,000 people in Australia go missing, and people with dementia are in one of the three groups who make up the majority of those numbers,” he said.

“Simply put, with the technology we have now that kind of massive risk and upset and a whole lot of others are avoidable. We just need to focus more on rolling out solutions to those and other real life, here and now problems.”

In conclusion, Mr Apostolopoulos foreshadowed more news about partnerships and increased functionality in wearable caring technology as it plays catch up with its more “fashion-forward” wearable cousins. He said that included technology for other at-risk groups such as children with disabilities like autism, and those at risk of domestic violence.

“It’s significant I think that this year’s Dementia Awareness Month theme is “You are not alone”,” he said. “Because perhaps for the first time ever, with the help of wearable and eHealth technology, that could finally be true.”